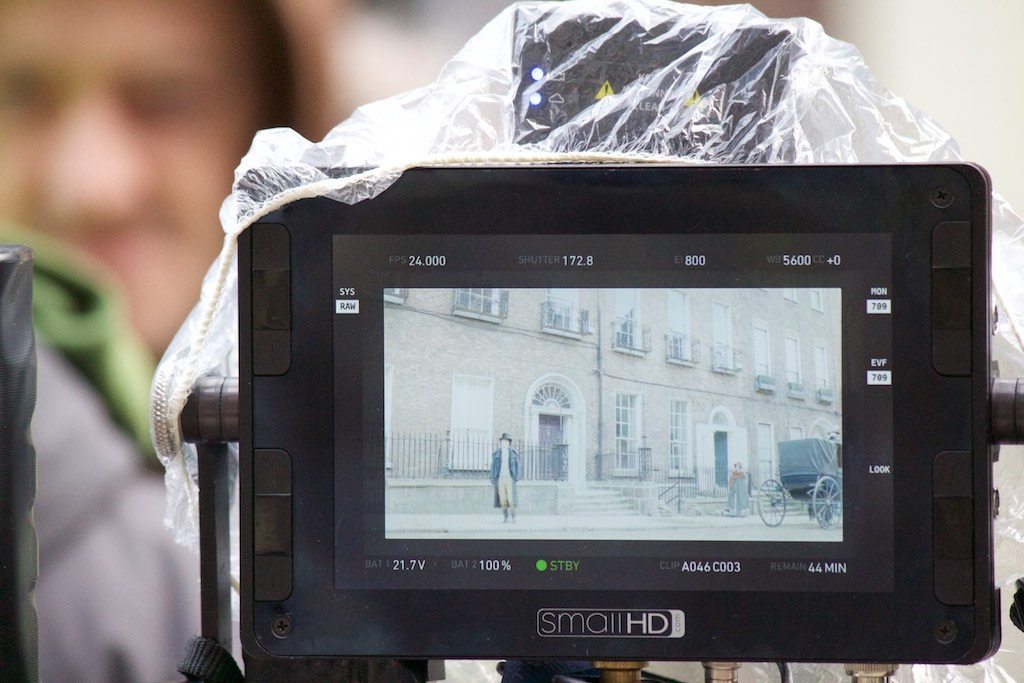 Life is never dull here on North Great George’s Street! Again, it’s being used as a location for film crews to use for their scenes. We’ve heard it’s a film called ‘Love & Friendship’. Chloe Sevigny and Kate Beckinsale are two of the main actors.

The story is from a Jane Austen novella. Jane Austen was a famous English writer whose most famous works are ‘Pride and Prejudice’ and ‘Emma’. These were modernised in the films ‘Bridget Jones’ Diary’ and ‘Clueless’.

In the film set in the 1790s, Beckinsale will portray the widow Lady Susan Vernon, who has come to the home of her in-laws to stop the rumours about her that are circulating through polite society. She decides to find a husband for herself and her daughter. The film is using many locations in Ireland.

We took a few pictures of what was happening… 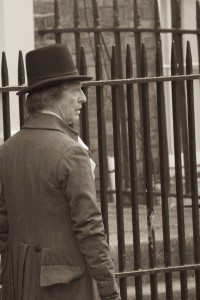 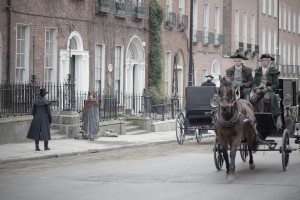 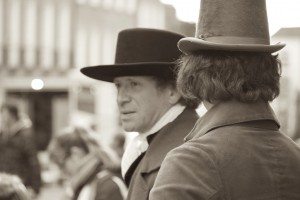 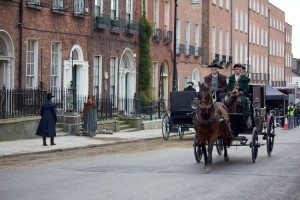 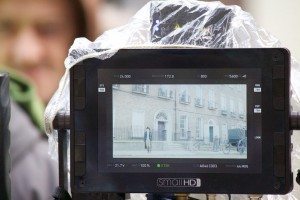 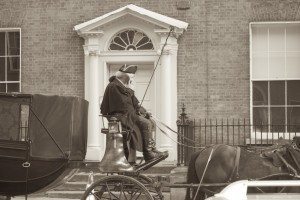 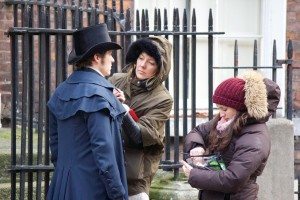 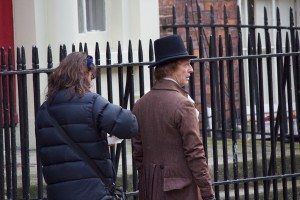 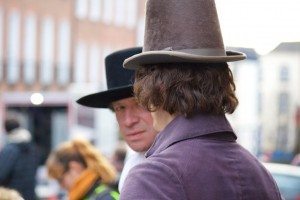 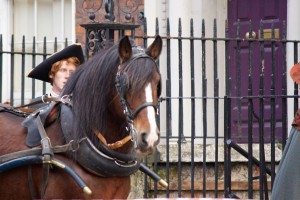 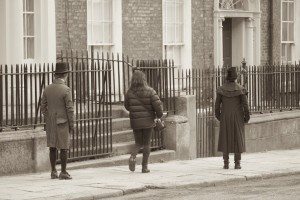 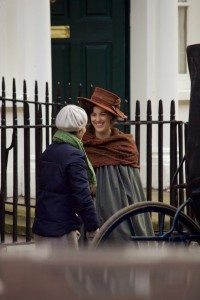 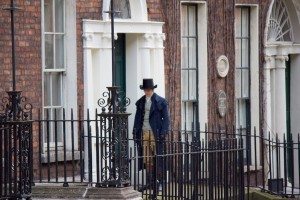 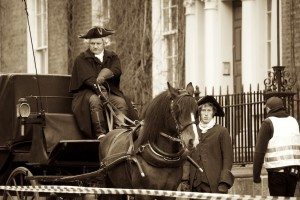 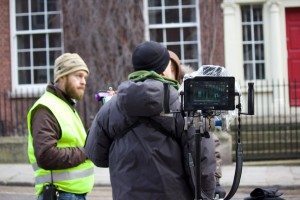 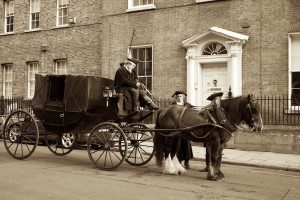 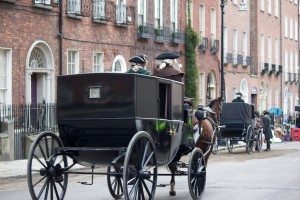 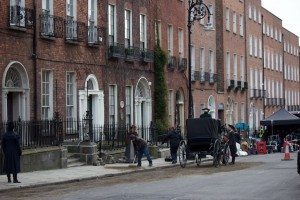 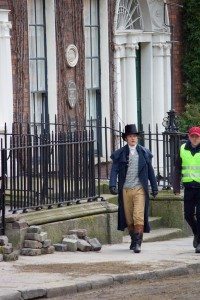 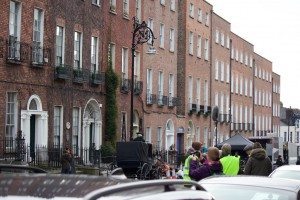