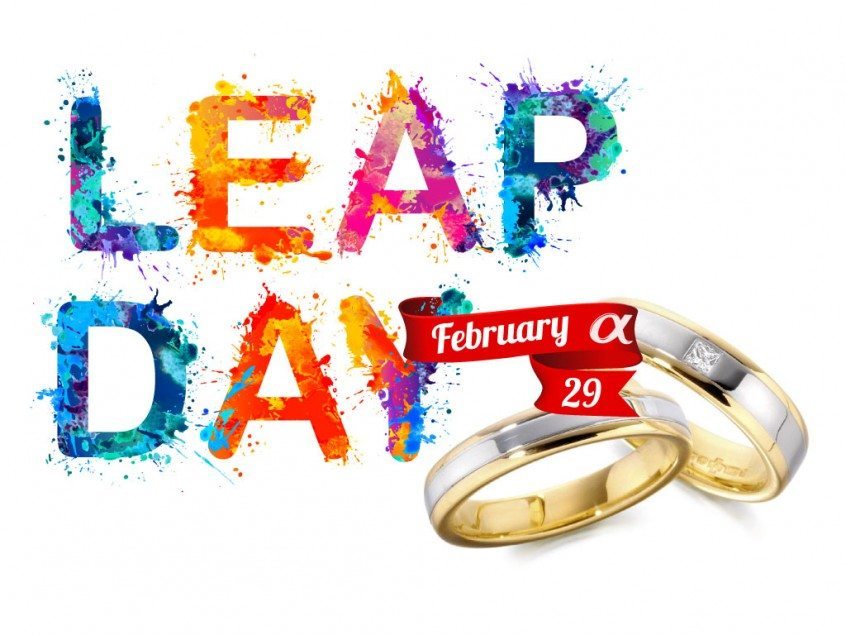 Once every four years, an extra day is added to the calendar at the end of February.

In Ireland, if a woman asks a man to marry her on February 29th, he cannot refuse!

According to the legend, St Brigid struck a deal with St Patrick to allow this to tradition as sometimes it would take too long for the shy Irish men to finally get around to popping the question to their long suffering girlfriends.

In other countries, a similar tradition exists and if the man refuses to marry the woman he must pay a penalty or buy the woman a gift.  In some cases he must buy her 12 pairs of gloves to wear for the year – hiding the fact she does not have an engagement ring.

Why are extra days really necessary?

In real terms, leap days are needed to keep our calendar in alignment with the Earth’s revolutions around the Sun.

Without the extra day on February 29 every four years, we would lose almost six hours every year.  After only 100 years, our calendar would be off by approximately 24 days in relation to fixed seasonal days days like the vernal equinox or winter solstice.