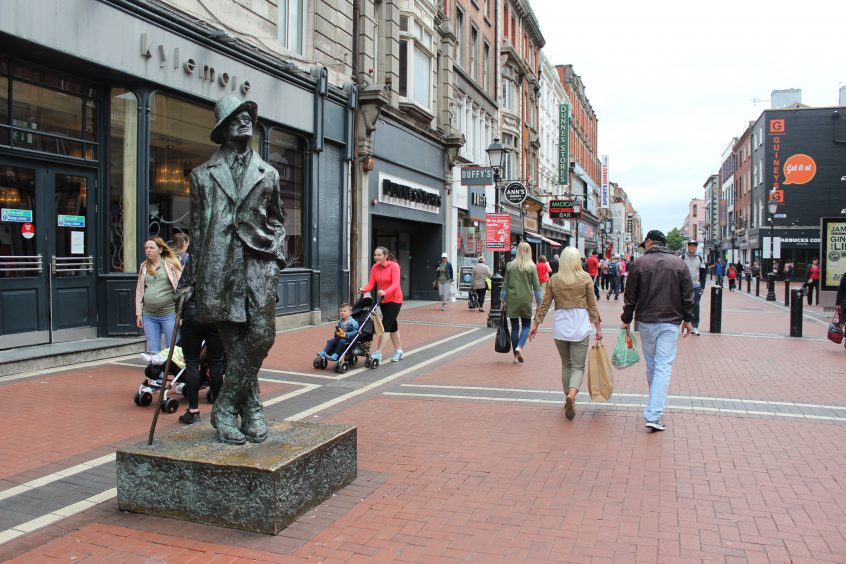 James Joyce is one of the most famous sons of Dublin, and Dubliners sure are extremely proud of having such an eminent figure among their compatriots. They are so proud of it that each year on june 16th, officially since 1954, the city celebrates Bloomsday, the day depicted in Joyce’s Ulysses.

Wait a second, maybe I am going to fast here.

First of, let me give you a little bit of context.

You probably have already heard of James Joyce. Born in Rathgar, a suburb of Dublin, in 1882, Joyce was a novelist, short story writer and poet. He is considered one of the most influential authors of the 20th century.

Among his most important works we can find The Dubliners, A Portrait of the Artist as a Young Man, Finnegan’s Wake and, of course, Ulysses.

I still haven’t faced the challenge of reading this 732 page tome. I don’t think many have, but its impact on Irish culture is still very strong. Ulysses was, in Ancient Greek literature, the protagonist of Homer’s Odyssey. This creates a parallelism with Leopold Bloom, the central character of the Ulysses, whose life and thoughts are followed through the novel from 8am on 16 June 1904 until the early hours on the following morning.

This day, 16 June, is still important in the Irish collective memory. And since 1954 Dublin celebrates its son, with a number of events throughout the city, such as readings, performances, and tours of places mentioned in the book. A common celebration, for example, is the Bloomsday Breakfast, which involves eating the same breakfast Leopold Bloom had on the morning of the 16th, which includes blue cheese, liver and kidneys. Some extreme enthusiasts have been known to hold marathons readings of the novel, which took as long as 36 hours!

The programme can be found every year in the official Bloomsday festival website.

Some of the celebration are held in the James Joyce centre in 35 North Great George Street (that’s right! The same street of Alpha college of English!), a centre entirely dedicated to the life and works of the writer. It was built in 1784, and, thanks to its fine plasterwork, was mentioned by a close personal friend of Joyce’s, Constantine Curran, in his book “Dublin Decorative Plasterwork of the Seventeenth and Eighteenth Centuries.”

Joyce never lived in this house. He is related to it thought Prof. Denis J. Maginni, who also appears several times in the Ulysses: number 35 was in fact one of the locations of Maginni’s dance academies. Number 35 would have been demolished if it hadn’t been for Senator Davis Norris, a Joycean scholar who lives in the same street. After creating a foundation to renovate the building, the centre was opened and now is run by the descendants of Joyce’s brother Charles Joyce and sister May Monaghan.

Each year, on Bloomsday, hundreds of citizens and devotees celebrate in a very particular way: on this day you might in fact see different Ulysses cosplayers, people who reenact the characters from the book by wearing Edwardian costumes or, more commonly, the simple straw boater hat, and gather during the day at many of the locations where episodes of Ulysses take place.

I went for a walk and captured some of them: 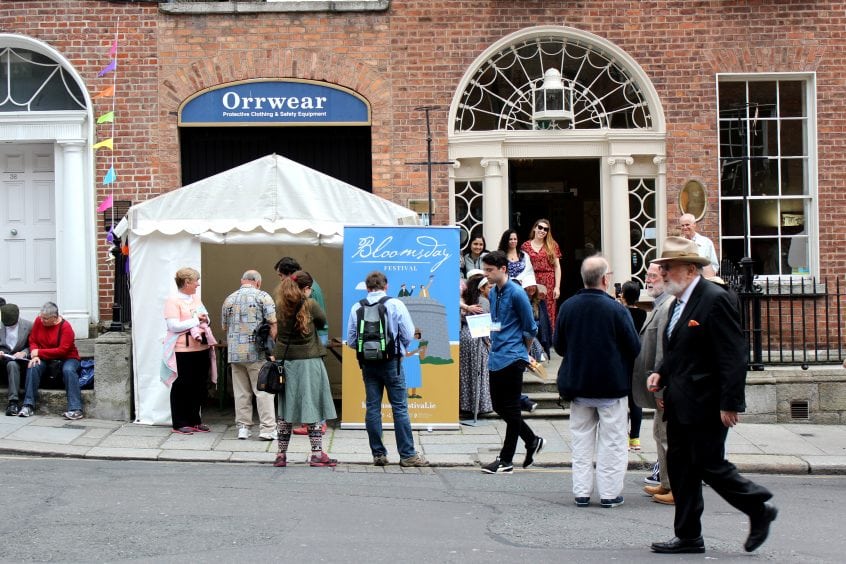 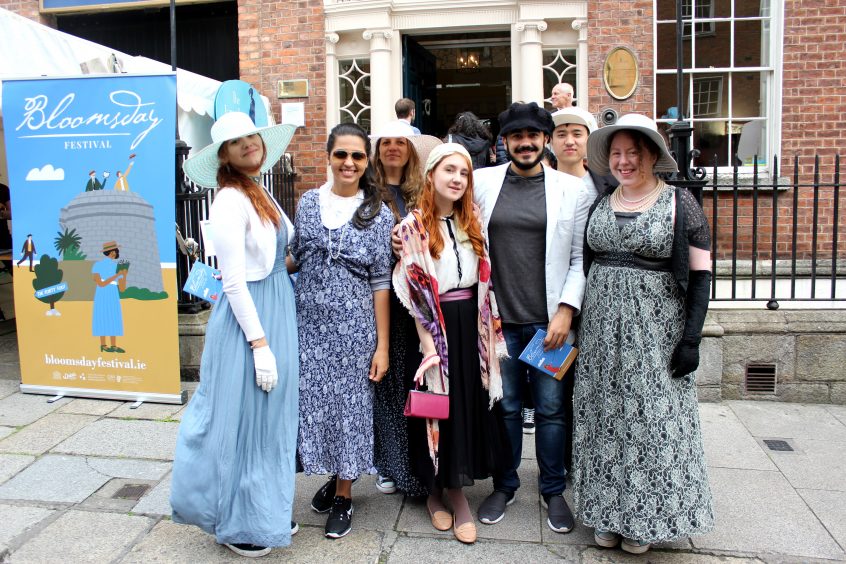 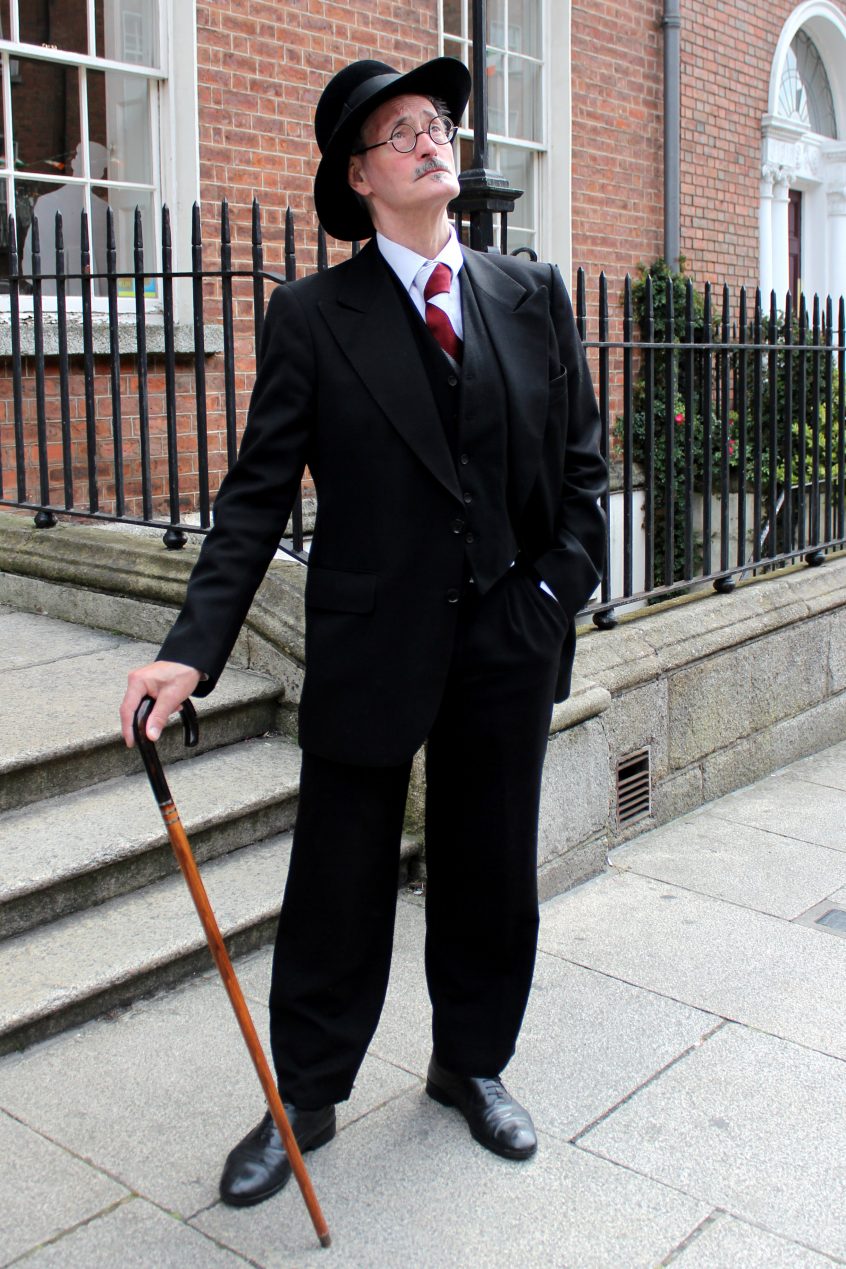 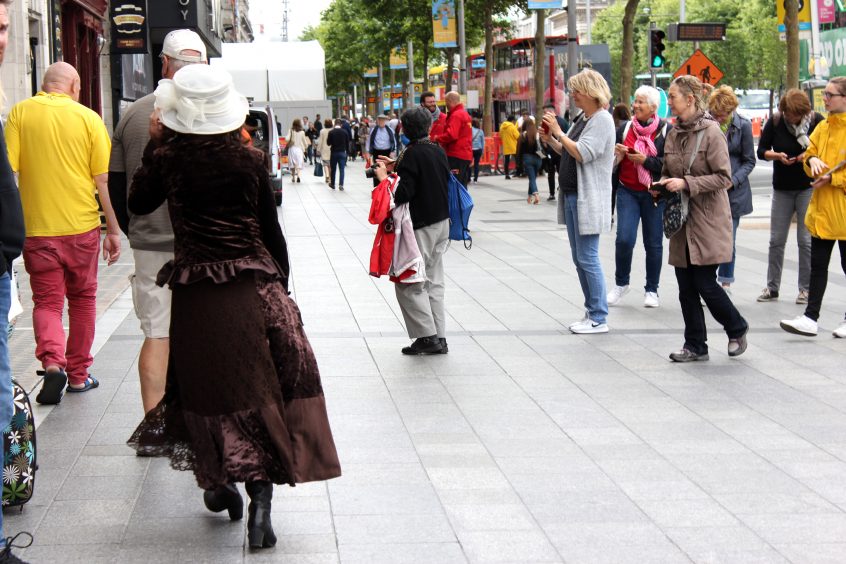 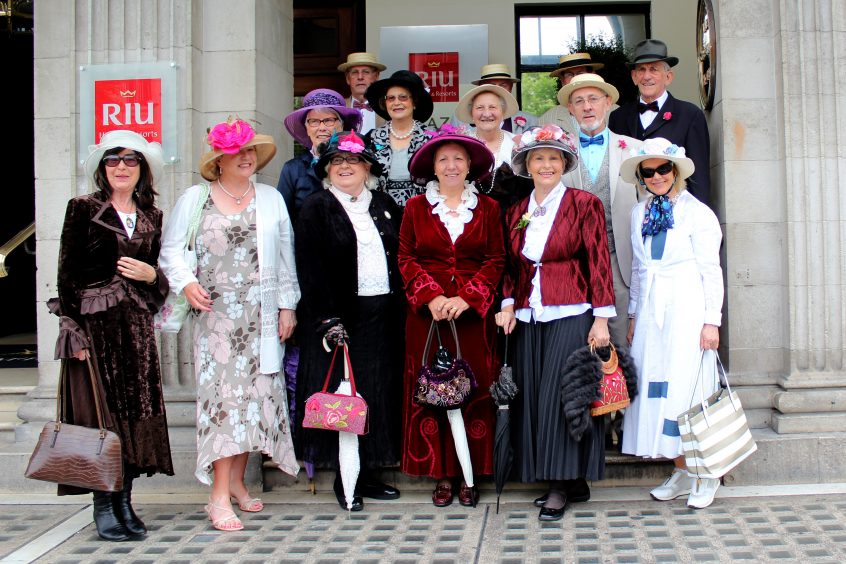 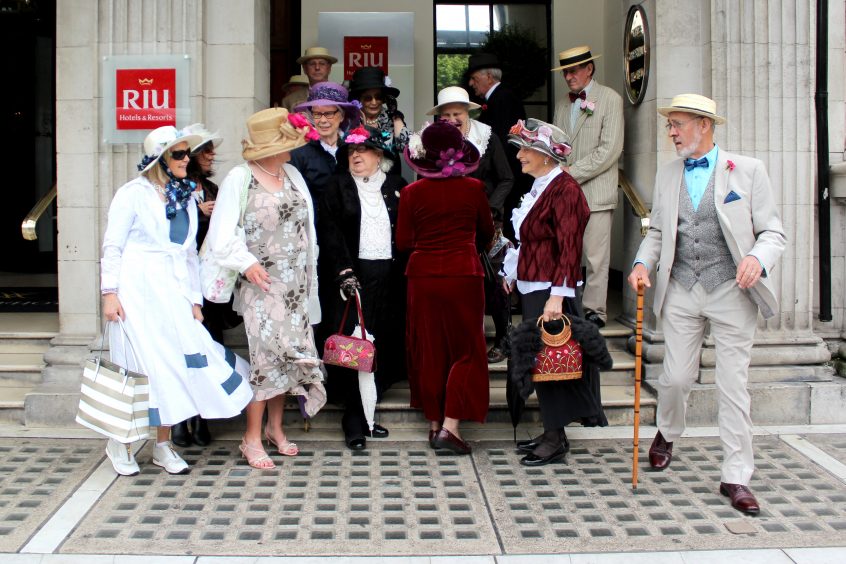 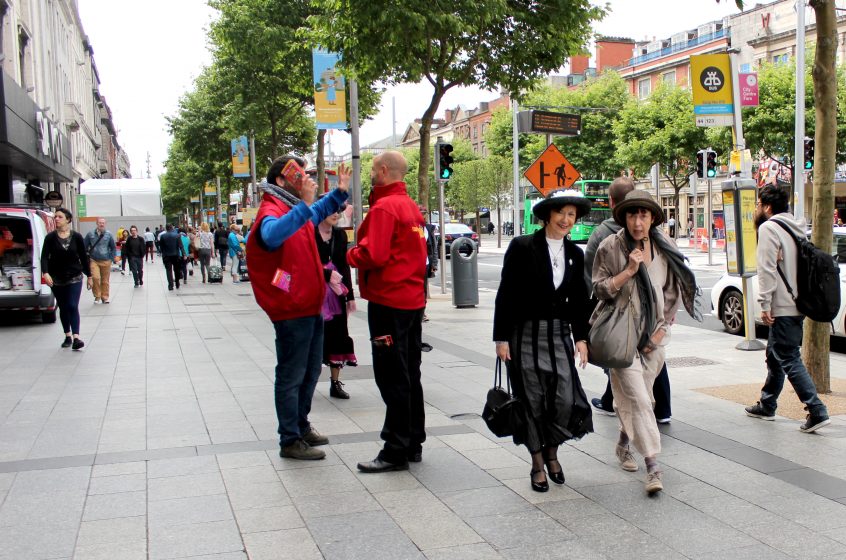 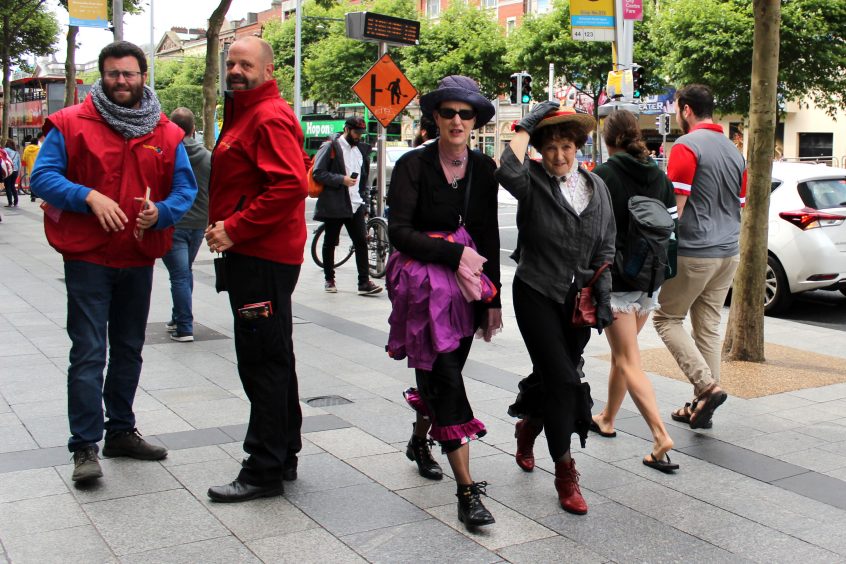 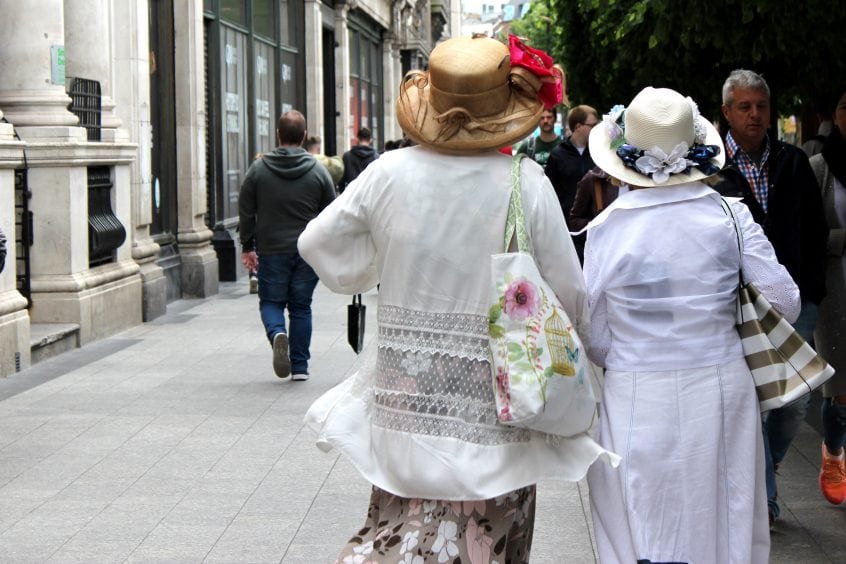 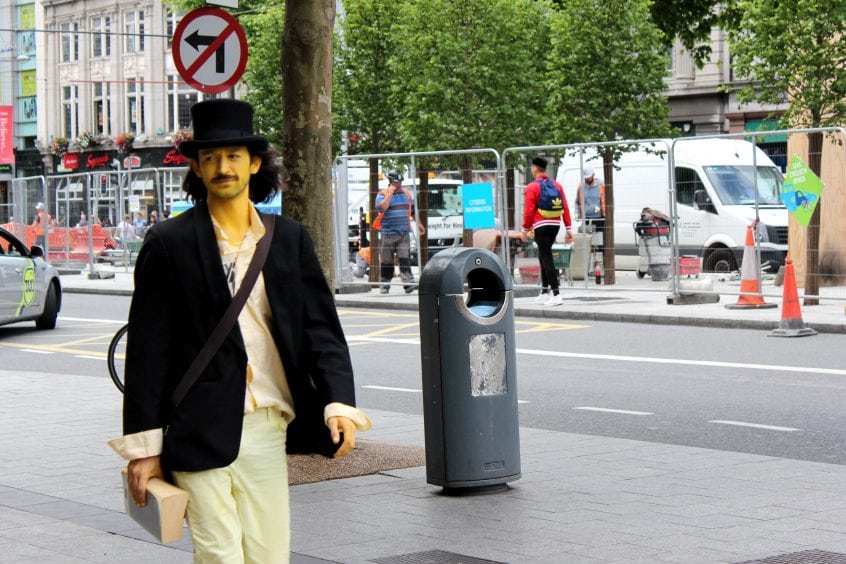 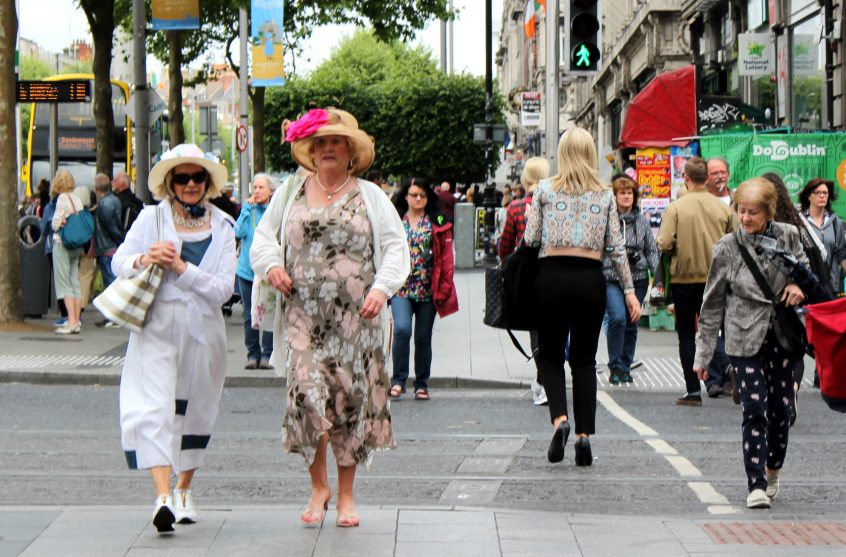 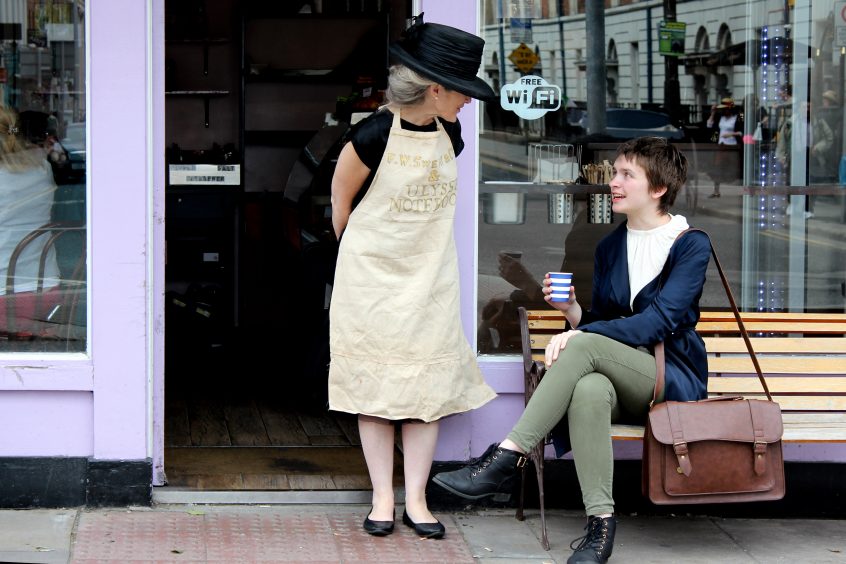 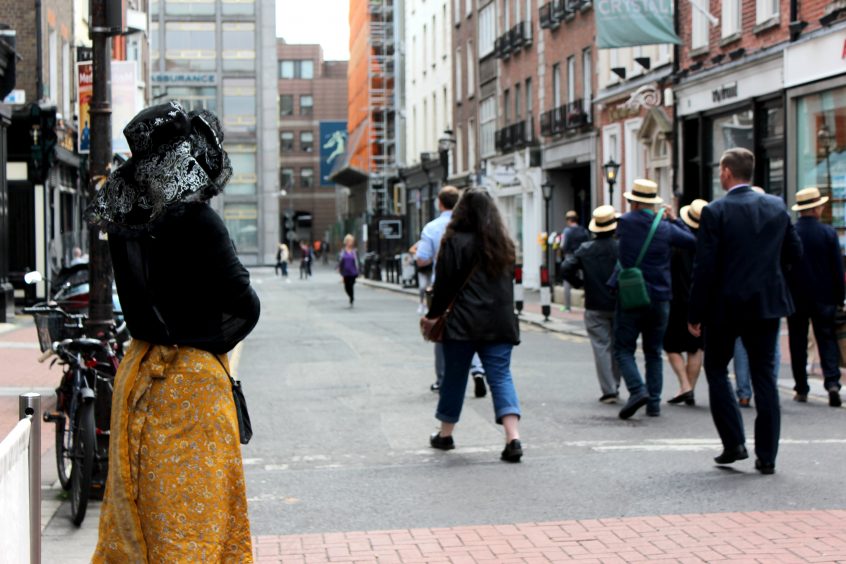 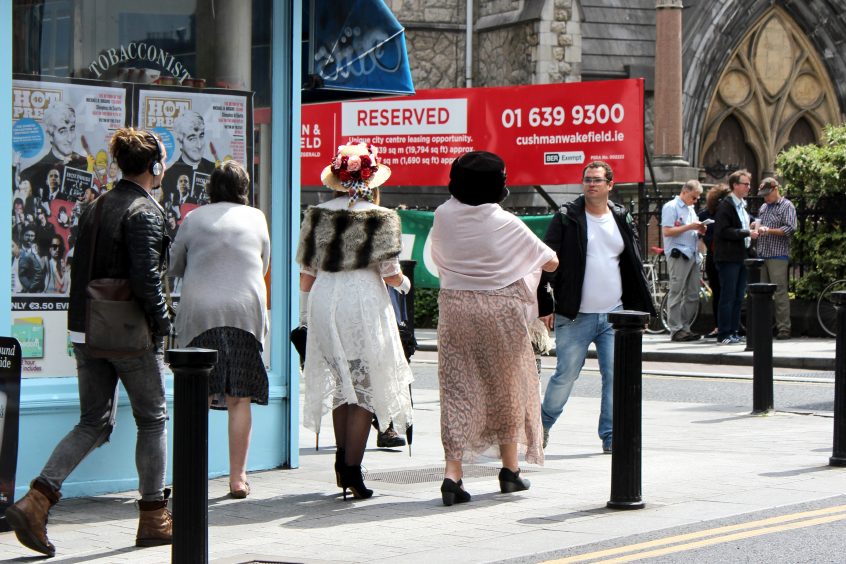 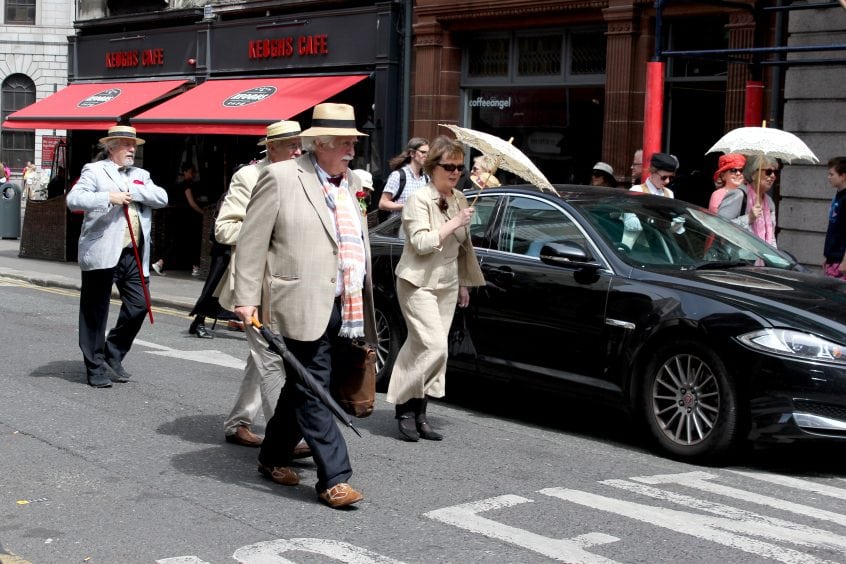 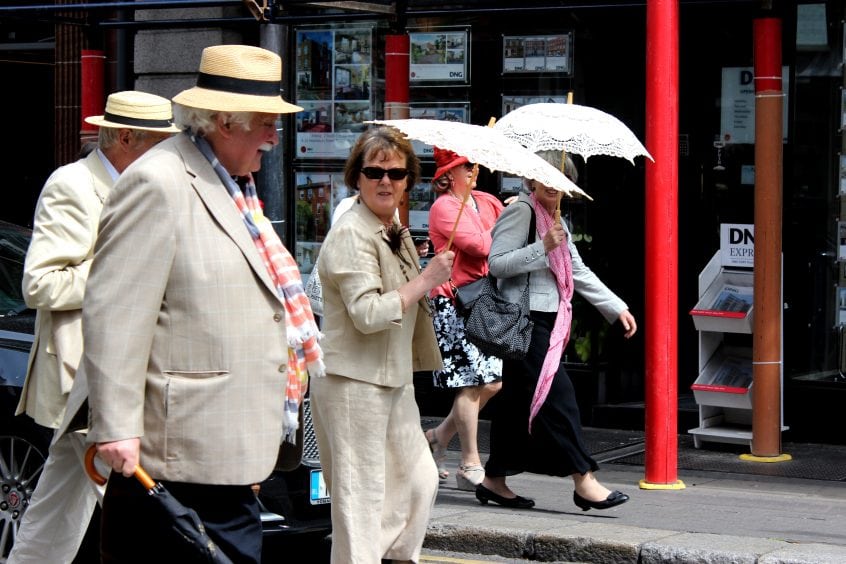 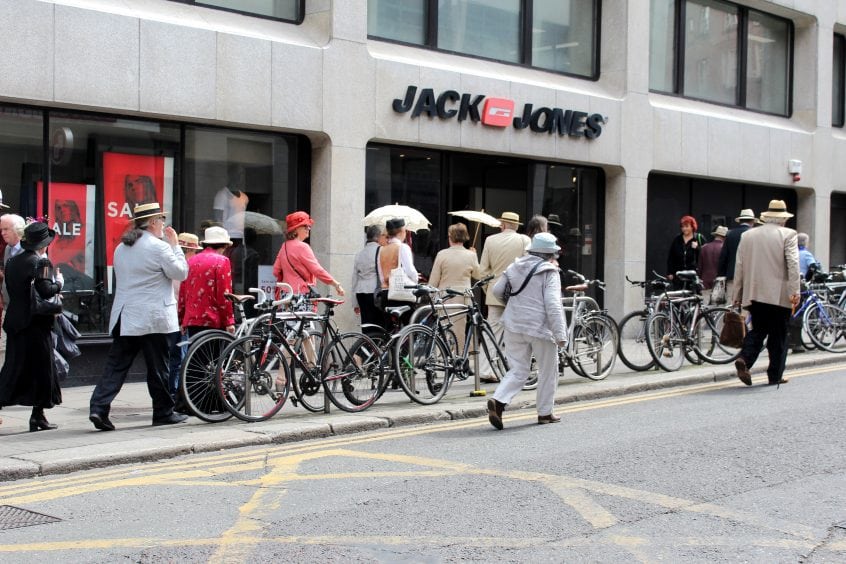 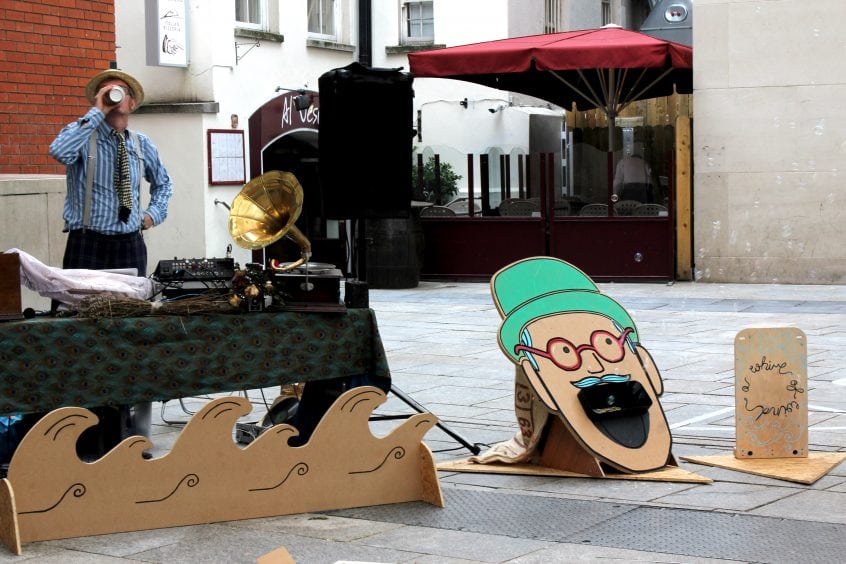 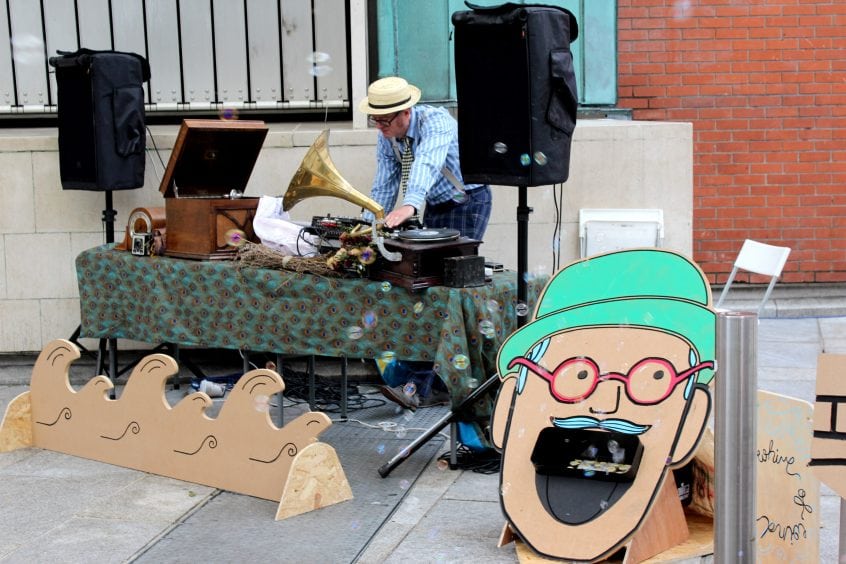 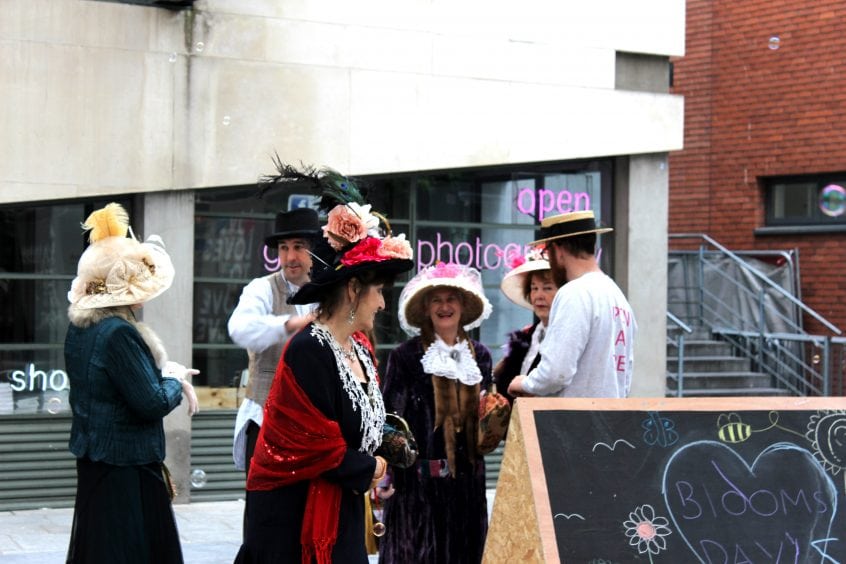 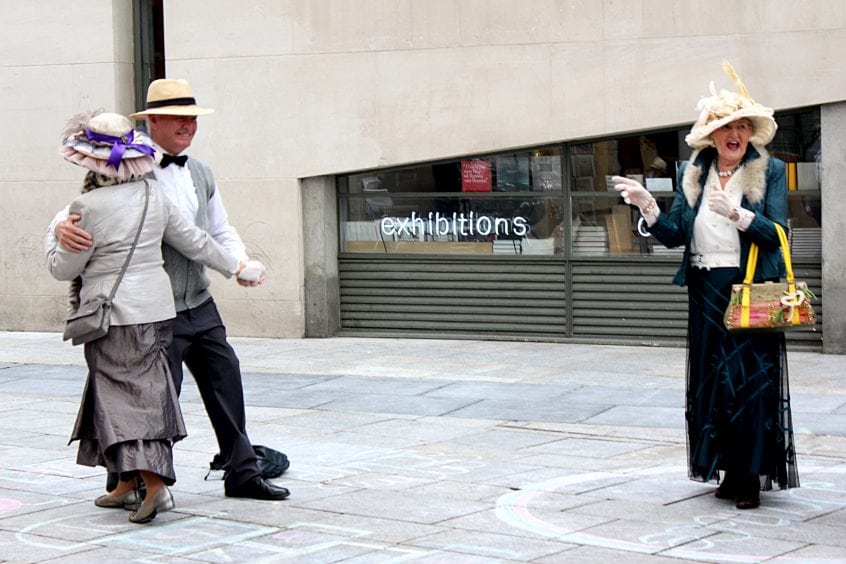 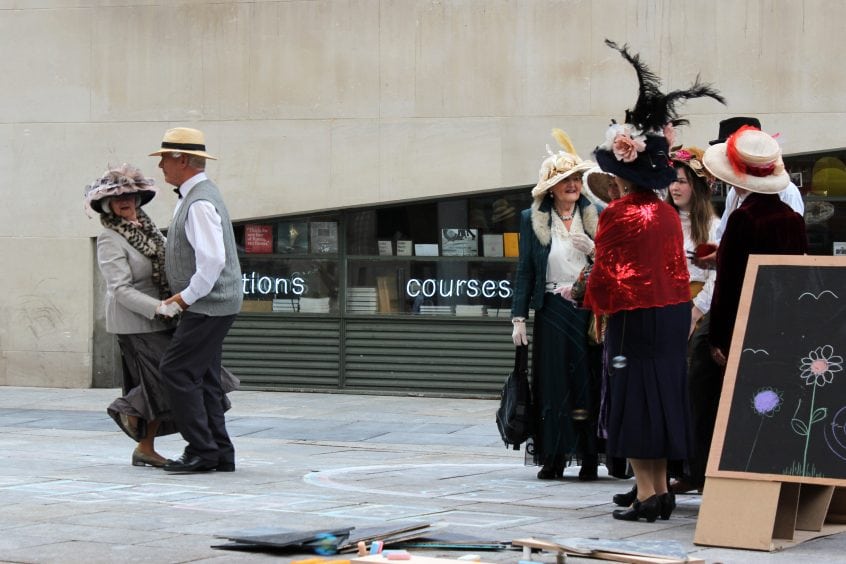 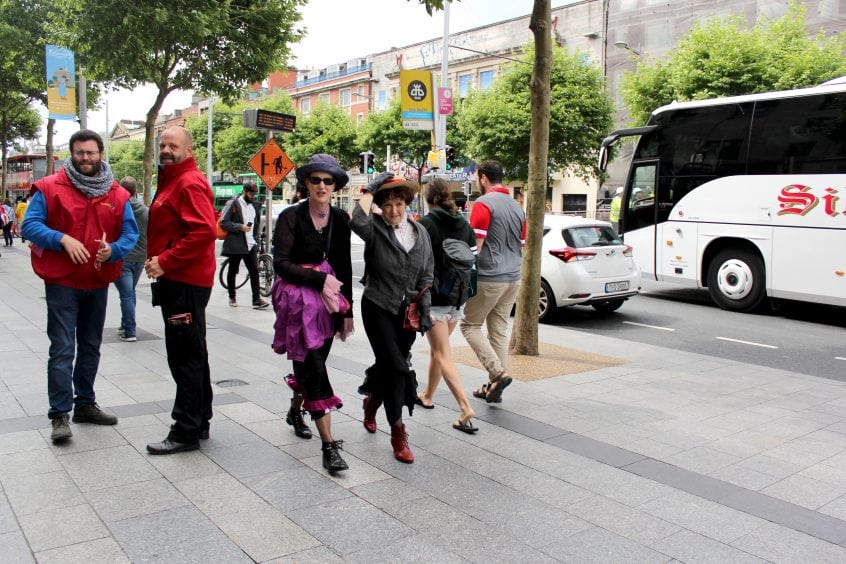 If you happen to be in Ireland on this time of the year, this is something you can’t miss.