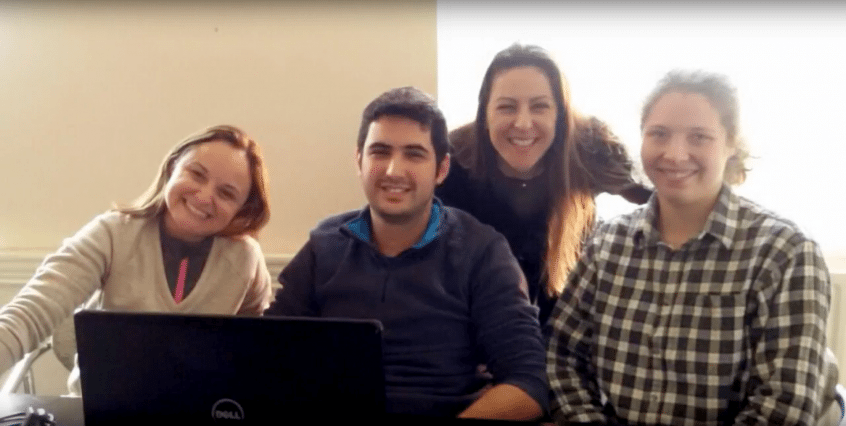 We already mentioned how Alpha College’s General English courses are task-based. Each Friday our students present a class project they prepared with their classmates. This project allows them to put into practice everything they learnt during the week, and to focus especially on their production skills (that is, writing and speaking).

One of our students from a B1 class, Luiz Antonio, sent us one of the class projects he did during his stay in Alpha College. It’s a video project, and it’s called “Countdown 5 travelling Films”. As you can probably tell, it’s about films and travelling. We think it looks amazing so we though we would share it with you. It may also give you some ideas about some films to watch on your next rainy and lazy afternoon! Thank you Luiz Antonio, and great job!

You can watch it here, but first let’s see what Luiz Antonio has to say about the video.

“This video was developed as an English project in Alpha College of English, Dublin Ireland. The students who participated on the project are: Andressa, Eloisa, Lucie and me.”

If you are an Alpha student and want to share your class project with us, do not hesitate to send it to us and you will be the star of our blog!