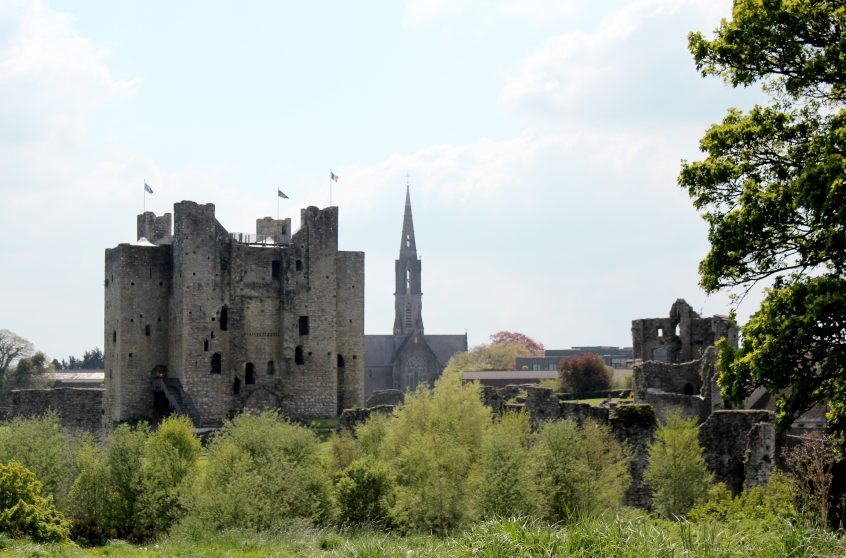 One of the ways to fully get a grasp of a foreign culture is to learn about its past. If you’re staying in Dublin, you are lucky: at less than one hour drive from the capital, there are two of the most representative places in Irish history, both for their symbolic and cultural value: the Hill of Tara and Trim Castle. We at Alpha do not want our students to miss such an opportunity to learn about the core of Irish identity, so we took advantage of a sunny bank holiday and we packed up for a little trip.

Both the Hill of Tara and Trim Castle are located near the Boyne river, in the County Meath, so they can easily be visited on the same day. The Hill of Tara (from Irish: Teamhair na Rí, “Hill of the King” or “Place of Assembly”) is more than just a marvellous hill: it can in fact be said that Tara’s story is Ireland’s story. Today an archeological site, it has been central to Irish history starting from around 3,400 BC (which I wish to underline is more than 5 thousand years ago). This political and religious centre has witnessed some of the most important moments in history: from the mystical rituals during the Stone age and the Iron age to the slaughtering of Irish soldiers during the Irish revolution of 1798, passing through the visits of Saint Patrick and the establishment of the Roman Empire.

Why visit the Hill of Tara

Still today, one can still breath the magical atmosphere that surrounds this area. The more we go back in time, the more history fades into mythology: it was here that the Irish kings were chosen, through the stone of destiny (in gaelic Lia Fáil ), a big piece of stone which was supposed to scream in case the would-be-king was chosen to rule over the kingdom. 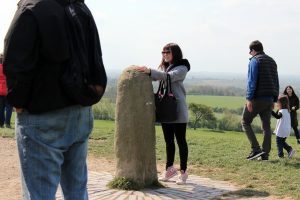 Today the Hill of Tara still plays a key role to modern day pagans. We visited the hill on may 1st, a day associated with the Celtic festival Lá Bealtaine, which marked the beginning of summer. We were gifted with the spectacle of a propitiatory ritual to celebrate this Celtic tradition, so we could (kind of) revive the ancient times. 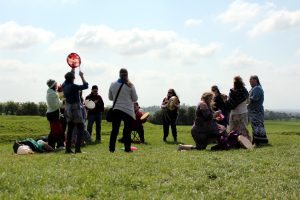 If you are lucky enough to go in a sunny day, you can also enjoy a breathtaking view that extends for miles. 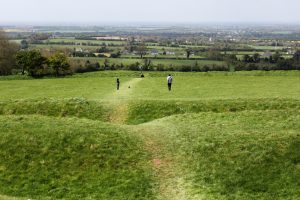 One last piece of information to make the visit to this magical place even more appealing: it was included, in 2009, in the 15 must-see endangered cultural treasures in the world by the Smithsonian Institution.

Still hungry for some history?

Only a twenty minutes drive separate you from one of the most interesting and fascinating monuments in Ireland, Trim Castle. This is a record-breaking castle, as it is in fact the biggest Norman castle and the first stone castle ever built in the country. It dates back to the 12th century (which is not 5000 years but still pretty impressive) and Its purpose from the start was to withstand attack, and its ground was wet, during the course of almost a millennium,  by the blood of many hard fought battles. 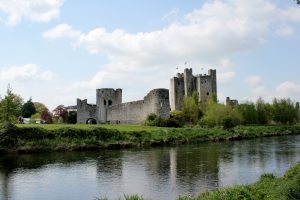 This well preserved castle is just beautiful: the massive three storied Keep, impressive twenty-sided tower, curtain walled castle is located on the banks of the Boyne river and, in the surrounding area, you can also find other interesting ruins such as St Augustine’s Priory. 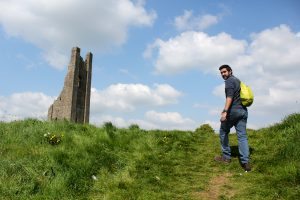 – Trim Castle was one of the locations of the film Braveheart.

Whether you want to have a shot at becoming the new King of Ireland, walk through some of the fundamental places in Irish history or just enjoy the beautiful Irish countryside, come visit the Hills of Tara and Trim Castle.