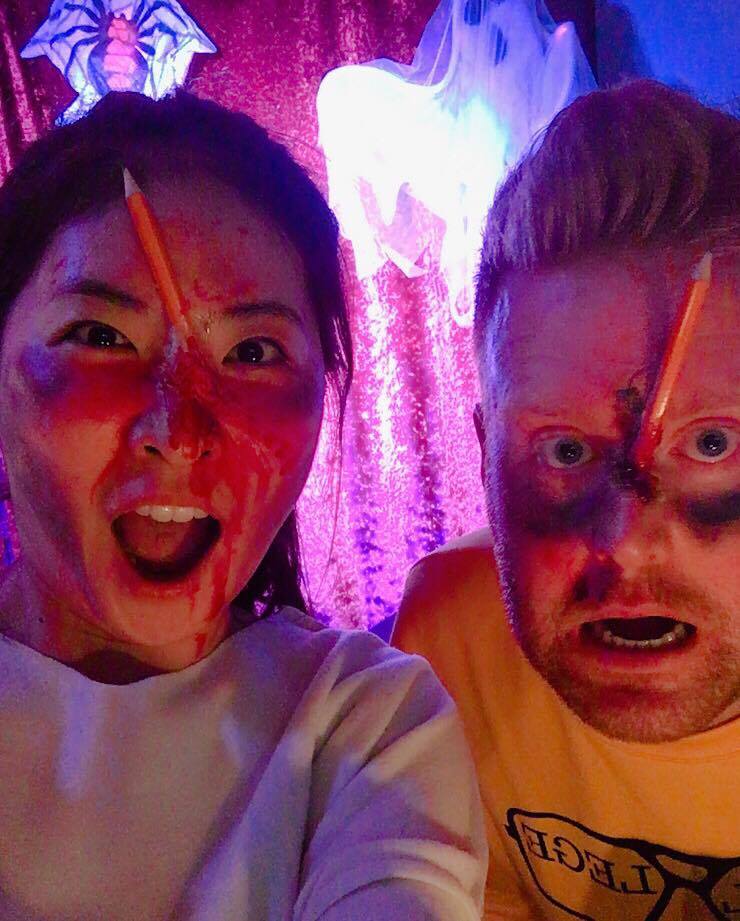 Many people (before they meet an informed proud Irish person) don’t realise that Halloween is originally a 2000 year old Celtic festival called Samhain originated in Ireland. Therefore, the only way to truly experience Halloween is in Ireland! 🙂 🙂  Here is Eunji’s experience:

Halloween night has just finished, I couldn’t have guessed the atmosphere of Halloween since I have never experienced “real” Halloween like in Dublin. It was a mixture of fun, spooky, scary and lively!

Most of houses have been decorated like a haunted house and many children who were wearing in spooky costume hung around and knocked on neighbour’s door to get some sweets. 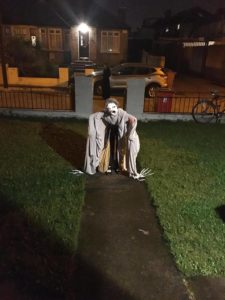 For that reason, visiting St. Michan’s was good chance to feel spine-tingling shortly before the Halloween!

One of the stories about where Halloween originated is from Celtic festival that they believed the spirit world opened on the last day of October and the evil spirit came down from their world. That’s because people were afraid of harm from the evil spirit, they started to put on costume and mask of animal’s head to hide themselves.

St. Michan’s is well known for inspiration of ‘Dracula’ of Bram Stoker. What’s more, there are mummified bodies of 800 years old. Along the guide, we went down the narrow, steep stairs to underground  through iron door to see mummifies. Just by entering there, I had goose bumps. The air is kept dry and the room is dimly lit for preservation of mummifies. 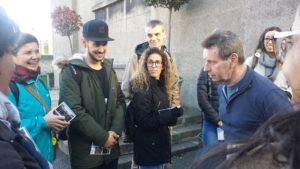 According to the guide, one of mummifies was a soldier who has broken legs  and his height was 2m. Basically he was a giant. His feet might have been tucked in to put him into the casket. And the other bodies were an unknown female and a male thief who has only one hand. The other female skeleton was a nun of 400 years old! They look scary and made me tremble with fear, I imagined them coming back to life as a mummy! Ahhhhh!

After the tour, when I saw a skeleton in the store’s decoration for Halloween, it reminded me of what I had seen at St. Michan’s. That’s what I enjoyed about my first real Halloween in Dublin!