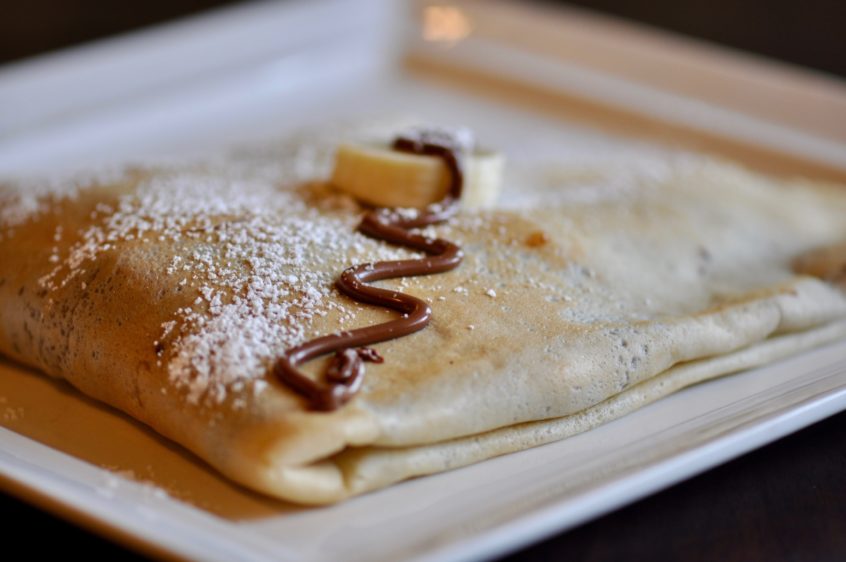 and we are celebrating by… you guessed it…. eating lots of pancakes.

Before the rise of baking soda, cooks used to use the so-called “secret ingredient” – snow. (Not the yellow one, obviously). It gave pancakes their fluffy texture. And that’s why we never had fluffy pancakes in Ireland. How sad are we?

In England they still have their traditional pancake races. It all began like donkey years ago, when a housewife tried to make some pancakes, yet ended up running out of the house with a pan in her hand with dark-burned pancake. Thank God Gordon wasn’t around to comment on this.

Be careful what you wish for in France, because you just might get it. The only thing you have to do is to hold a coin in one hand and the frying pan in the other and make a wish while flipping. Easy-peasy.

The biggest amount of pancakes tossed in the shortest period of time is 349 flips in two minutes. Flippin’ good, isn’t it?

In Iceland people celebrate this wonderful day by eating salted meat, usually either lamb or horse, and pea soup. They call it Sprengidagur, which can be translated as a Bursting Day. One can only wonder what could possibly be bursting…

The French people call Pancake Tuesday ‘Fat Tuesday’. It’s not because they want you to feel guilty about eating too much, but it’s because of the ancient ritual of parading a large ox through Paris that was supposed to remind people that you’re not allowed to eat meat during Lent. Like, what?

We all have our preferences for pancake toppings but here are some weird (or let’s say “not that common”) ones: peanut butter and ice cream (for fitness junkies), coco pops and cream, strawberries with cream cheese, ketchup and mustard (halo?) and finally the weirdest of them all – sour cream and caviar.

The day actually originated from a pagan festival, which made pancakes round to resemble the sun. People used to believe it would bring back the warmth of spring and eating pancakes would give people the same power. I bet we all want to feel very, very powerful, don’t we?

A guy named Mike Cuzzacrea ran the New York City Marathon in 1999 while tossing a pancake and not only that. He was able to finish in three hours, two minutes and 27 seconds! That’s the longest a pancake was “alive” without being eaten ever.

In case you are not that much of a sweet-tooth, you should try the Swedish style. There you can order a Blodplättar – a pancake made from pork blood. Well, that’s one disgusting pancake.

Famous people love pancakes just as much! Did you know that William Shakespeare was a pancake lover? Neither did we, but It’s actually reflected in many of his plays.

And what about you? How do you like your pancakes?