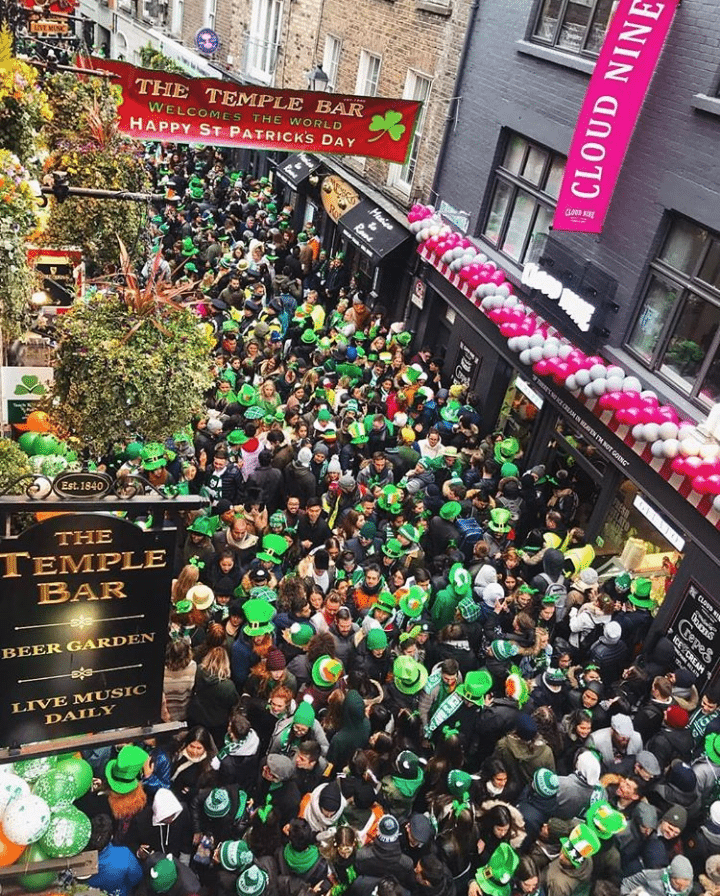 Mirror, mirror on the wall, who’s the greenest of them all? No not the person who drank the most… St. Patrick of course!

Once a year people in Ireland unite to celebrate one of the greatest man in their history – Saint Patrick. For those of you who’ve been living under a rock, Saint Patrick was a priest (formerly known as a prisoner) who brought Christianity to Ireland. And got rid of snakes, yay! The Irish celebrate his acts by dressing in green, watching the parade and getting shamrocked afterwards. Sounds like fun, doesn’t it? And you know what was the best part of all that? Since the 17th March fell on Saturday this year, we got a bank holiday on Monday. Now that’s what I call politics done right. Hashtag go Ireland!

Anyhow, I wouldn’t want you to picture this day in a wrong way. It’s not just about having a pint of green beer with friends. It’s about having pitchers, cos they last longer! Just kidding. They don’t.

One of the most traditional things you could do on Saint Patrick’s day is watching the parade. People would gather all over the O’Connell street and watch cheerleaders freezing their asses off. It’s a great experience and a real Patricky mood kicker! But it could be a bit tricky as well. You wanna know why? Grab some popcorn, we’re just getting started!

Most of you, my beloved readers, probably don’t know, but I have a special talent of getting me-self in the weirdest situations. Let me take you back to where it all started. Almost a week before the 17th, everyone was telling me all about the parade. “It’s totally worth seeing, you can’t miss it!” Now Irish I wouldn’t… However, here’s what happened. I got to the city centre with a slight delay (thank you irish rail) and I was trying to find my mates from Alpha. When I got off at Connolly, I found out they were on the other side of O’Connell street. “Challenge accepted”, I said to myself and started walked up the street, hoping I would be able to find some crossing spot. Well, I guess you already figured by this point that it simply didn’t happen. Police officers were like all over the place and streets were closed. They just wouldn’t let anyone pass.

So I decided to take a loop. I felt really dedicated and I was trying to stay positive. “I’m gonna make it”, I kept telling me-self. After all I did. The only sad thing about it was, that by the time I got to the place where my mates were, the parade was over. Guess I’m gonna have to come here next year to see it. Who’s laughing now, ha?

Anyway, it all turned out to be okay and the celebrations afterwards were just incredible! Thanks to wonderful Alpha staff we got to learn so many new things. How to play some traditional music instruments. We managed to form a group and could easily participate in a competition called “Irish worst drummer”. We practiced the Irish dancing, in which I apparently suck at (based on what my lovely friends said). After all, I’m not Michael Flatley. At least I tried.

But the best part was definitely singing famous Irish songs and having a great craic with amazing humans. Holy Molly, what a day!